The races listed on this page are not the only races in Mesesh, but are the most prominent. Feel free to create a character of these races if you'd like to use them within the world! Your riders do not have to be one of these races and can be any bipedal creature.

As you would expect, these people are simply human. They walk on two feet just like we would. Please note that due to the harsh nature of the sun and desert environment, most Hume have dark skin. Paler skintones are very rare. Elves and halflings also fall under the category of Hume in Mesesh Canon.

The Hume have the longest history on Mesesh but little to none of it is documented. As they were survivors from worlds long past, they focused on trying to rebuild their societies in the desert. Hume are well-known for the architecture and their abilities to construct homes in even the most uninhabitable of places. Perserverance is their main skill, so if you're looking for a permanent residence, a Hume city will afford much protection from the elements.

As the Hume are known to be the longest history, it is heavily speculated that Hume were the first sentient species of the Old World, and that the secrets of the ruins left behind are buried deep within them. Due to the passage of millenia since the fall, however, it is unlikely anyone remembers or has stories of the world left by their ancestors. 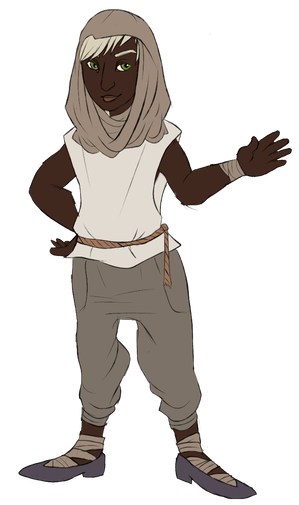 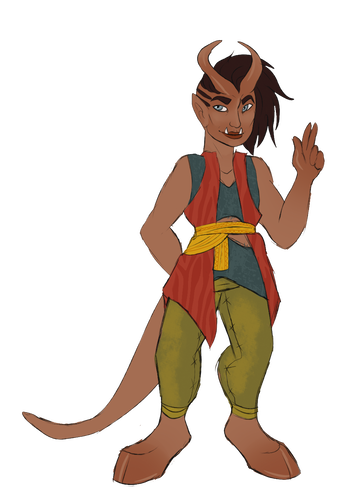 Fetches are a humanoid bipedal species most notable for their large horns and long tails. Some Fetches also have cloven feet. Their skintones can vary from deep charcoal black, to tan, or even tones of purple, blue, and red. Fetches are similar to what you may know as a Tiefling. They tend to be taller than most humans, especially those with cloven feet.

Fetches come from a very colorful culture. The range of colors they see is much wider, so even some bright colors look muted to them. As such, the colors they use in their textiles and embroideries they've come to be known for are in extremely saturated and rainbow colors. They help add life and love into the drab desert cities.

The Fey are a small species that have plant-like features. They're a rare sight these days as their kind don't fare well in desert environments. They tend to be around the same height as a halfling.

Due to their nature in needing sun and water, the highest concentrations of Fey are in the Oases. This gives them the upper hand with foraging and farming, and they've helped turn many oasis villages into thriving leisure towns. 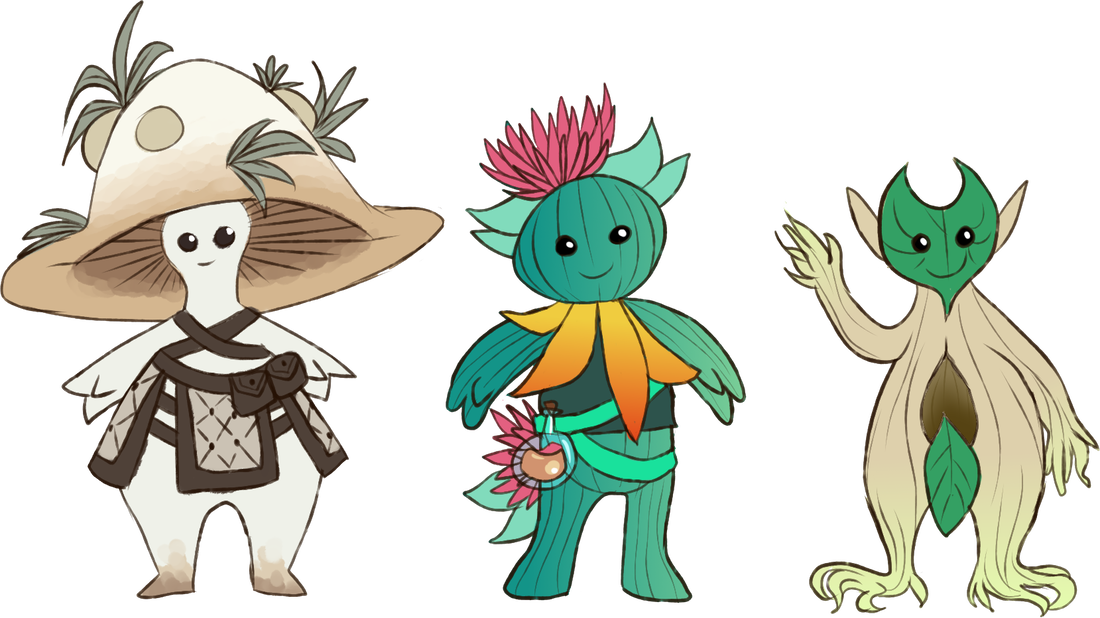 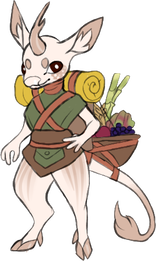 Druid are very tiny faun-like creatures that tend to resemble either deer, rodents, or birds. They are the smallest humanoid species seen to inhabit Mesesh.

Being very small, Druid have to be resourceful to stay alive while crossing the expanse of the Desert, and they've become very skilled in the training of Avlets for long-transit. As such they've built their own empire around transportation and trade.

Antuin are short crustacean-like people with tails reminiscent of scorpions. They range in height from Druid-sized to a little shorter than humans.

The Antuin are native to the Desert, a race that has only popped up in the most recent Ages. They have their own language and are well-known as Scavengers because they can easily move through the deserts and withstand incredible heats. 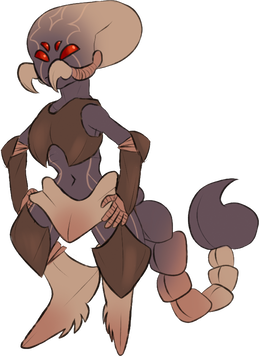 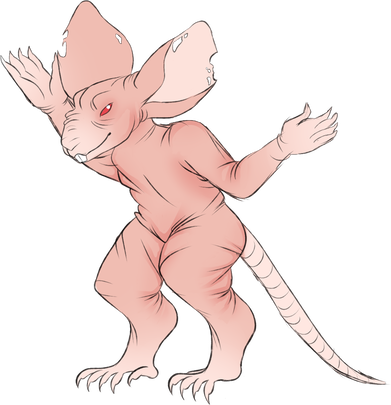 Gorblins are hairless rat creatures that live in Sonn Cavern. They're not a very sociable race and so no one knows too much about them. Some of them live in the cave proper but others have taken up residence in the abandoned buildings there.

Gorblins are the only race in the world that seem to have a basic grasp on how the magic works and as such are often bullied out of Kraagend out of fear. They are rumoured to be the descendants of the whatever races lived in the Sonn Cavern metropolis before it was buried and abandoned.